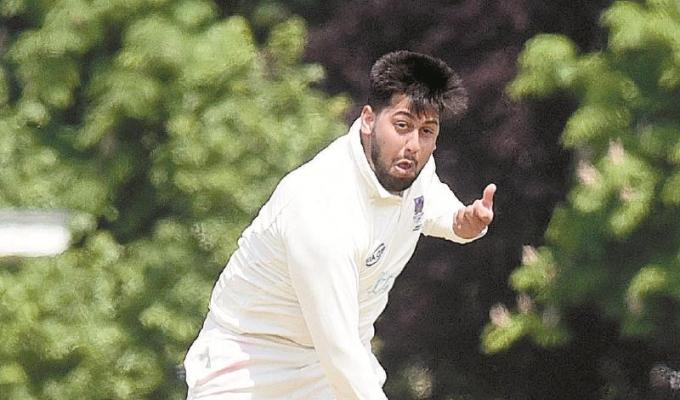 Maidenhead & Bray moved up to third in TVL Division 2A after getting the better of second placed Chesham 2nds on Saturday.

Having been put into bat Maidenhead & Bray made only 139 runs before being dismissed in the 40th over, however, a fine bowling display saw them bowl out their hosts for just 89 runs.

Maidenhead’s innings looked a little under par at the turnaround, but key contributions from the likes of Alkesh Vaja (45) and Faizal Aziz (21) gave Chesham a challenging total to chase given the overcast conditions.

Chris Royals finished as the best of Chesham’s bowlers, taking 4-40, however, his efforts were outshone by a Maidenhead bowling attack led by Arul Appavoo (4-16).

Appavoo removed two of Chesham’s top order, Mark Hughes-D’Aeth (0) and Brendan O’Donovan (5) to leave the home side reeling on 3-16. David Hughes-D’Aeth (37) restored some order for the home side, but partners came and went too quickly for his liking as the hosts were dismissed for just 89 runs in 25.2 overs.

If Appavoo led the way for Maidenhead, he was well supported by the likes of Alkesh Vaja (2-23) and John Child (3-25) who ripped out Chesham’s middle order.

“We’re up to third now and obviously you can’t count on history but the games against High Wycombe and Amersham are games I feel like we should've also won,” said captain Brett van Niekerk.

“We could've been looking at an additional 44 points and then who knows where we could be.

“We’ve got Datchet and then Tring in the next two weeks which are games we definitely want to win.

“I haven’t thought about winning the league or anything like that yet. I just want to take it game by game and for us to win whatever we can.

“I’m content with how we’re doing and just glad to be out there playing cricket.”

Maidenhead will look to build on their win when they host Datchet 2nds on Saturday.