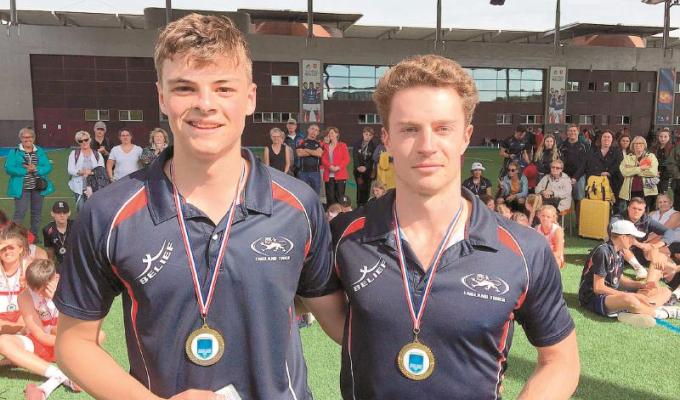 The Maidenhead colt and Mohawks touch player was influential as England’s u18s boys side went through the competition unbeaten, unseating previous champions Wales who finished second.

There was a clean sweep of wins for England, with their u18s girls, mixed u18s and mixed u15s sides also winning at the French rugby training base – Un Stade Pierre-Camou a Marcoussis.

Sammie Phillips, head of elite performance for England Touch – and also a club coach at Maidenhead RFC – said: “This is an unprecedented victory for England Touch at junior level and shows that our high performance programme is working and the athletes and coaches that we are developing are first class.

“Our aim was to win gold in each division and we are very pleased to have achieved this result.” Josh has been playing touch rugby since the age of 12, when he took part in a Maidenhead Mohawks’ holiday camp at Braywick Park. He manages to combine it with playing full-contact rugby for Maidenhead RFC Colts. Three more players from Maidenhead RFC, Cai Andrew, Fergal Evans and Lucas Norton, have also been involved in England Touch’s High Performance programme and it is hoped they will represent their country in the near future. Alexia Monk and Zara Atkins have also played the game at a regional level.

Touch rugby training for older children and adults will resume at Braywick Park on Wednesday evenings from September 18 (8-9.30pm).