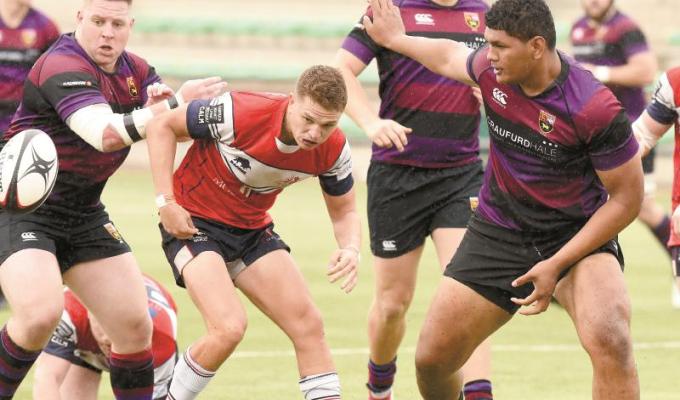 Maidenhead head coach David Mobbs-Smith has said a few new faces will be coming into the side for Saturday's curtain raiser at Drybrook.

He and his coaching team have selected the team for Saturday but not yet released it, and Mobbs-Smith confirmed that he would be handing starts to a few players who didn't feature last season.

A number of new players have been signed over the summer, with front row options Sam Curran and Dan Hostetler and former Ospreys youngster Ben Mitchell among those challenging for a first team spot.

Everyone has been given a clean slate to impress the new coach, who used 31 players during Saturday's final warm-up game - a 34-33 defeat to CS Rugby at Braywick Park.

Players were substituted on and off as the game was split into four quarters, but the coach feels now he has a better idea of who is deserving of a start at Drybrook.

“Pre-season is an opportunity for players to put their hands up and say they want a first team place,” he said this week. And you’ve got to give them a chance to prove that on the pitch against opponents and not just in training.

Mobbs-Smith is also trying to implement a little more structure into their play, without hampering their free-flowing style.

He added: “We’re trying to play a brand of rugby that’s maybe typical Maids, but with a little more structure in there. But it’s not going to be easy against Drybrook because we don’t know a lot about them.

"In the first game of the season everyone is fired up, everybody is ambitious. So the first 30 minutes of the game will be very interesting. We only really have the evidence of last season to go on, because every side will have changed something. I’ll probably have a better idea on them after 35 minutes.

“The CS game was a real step up for us from the Barnes match. They weren’t afraid to throw the ball around and asked our defence some difficult questions.

“The score was 33-34 over the four quarters but in the quarters we played our stronger sides we were the better team.

“There’s a little bit of chaos in these pre-season matches.

“Coaches are trying to check on individuals, pairings, backrow groups, there are all types of objectives but when the season gets underway the objective is only to win.”