Mobbs-Smith reflects on losing match Maidenhead could have comfortably won 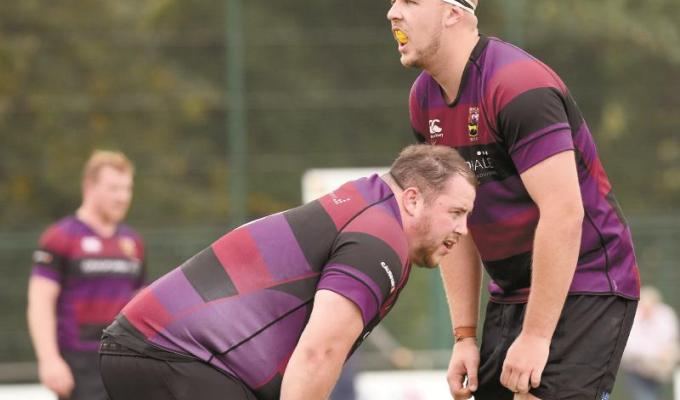 A disappointed David Mobbs-Smith took a little while to come to terms with his side’s 24-21 defeat to North Walsham on Saturday, a game Maids looked capable of comfortably winning in the second half.

Having spoken to the players, as well as club and coaching staff after the final whistle of a game which ebbed and flowed, he said he felt there were many positives to take from the home side’s performance.

However, after 18 months without a competitive fixture, and in front of their own supporters on the first day of the season, the head coach badly wanted to win so the first – and most acute – emotion was that of disappointment.

There was also praise for North Walsham, who he admitted Maids ‘couldn’t match’ for the opening half-an-hour at Braywick Park. After a long coach journey down from Norfolk, they led Maids a merry dance in the opening stages before the home side gradually turned the tide and got on top.

After tries from Dave Cole and Elio Mandozzi either side of the interval it seemed Maids would stroll to victory by 15-25 points, such was their dominance. Walsham, perhaps feeling the effects of the four-hour journey looked ragged and the points looked there for the taking. However, a momentary lapse and a misplaced pass presented Dan Smith with the chance to run the length of the field and score under the posts. Mobbs-Smith still felt Maids should have regathered their composure and won the game, but Smith again proved their nemesis, weaving in from the right touchline to touch down by the posts. Two individual moments of quality had won North Walsham the game, but it took a ‘huge collective’ effort to get them over the line.

“After half-time I felt we were the dominant side in the game,” said Mobbs-Smith. “But it took us a long time to get to that dominance.

“The game had turned our way and we were looking like the dominant force.

“We had most of the possession and territory, but the interception and try gave them hope. We extended our league again with a penalty, and should have dominated from there, but we got pinned back in our own half and a couple of kicking errors gave them their second chance.

“We couldn’t get another opportunity. We got ourselves territory and possession in areas where we could have given ourselves a scoring opportunity and we just didn’t take it, either a penalty or a try.”

It was Smith who read Maidenhead’s backline play and stepped forward to clutch a loose pass and run in what proved to be a game-changing try for Walsham. At that stage Maids were pushing for a third try, and Cole had come the closest to opening up a 13-point lead when he knocked on diving over the try line.

“We felt we should have scored there,” said Mobbs-Smith. “I was behind him, and I thought we’d scored, and then it’s given as a knock on. But the ref is right there.

“That’s a 14-point swing, because if we score there, the game is taken away from them quite dramatically. It was great play by their player (Smith) to read it.

“We’re disappointed we didn’t win because of the dominance we had in the second half. But in moments we played really well, and I was happy with out performance, but the result isn’t what we wanted.

“Everyone is a bit down because we’ve waited so long to play a league game and you don’t want to lose it, and at home.”

Next week Maids travel to Wimbledon who already sit second in the table after a thumping 50-22 win at Tring. Havant are the early leaders after their 51-16 win over Sidcup.

“I’ve had a little look at Wimbledon, and they look very sharp,” Mobbs-Smith added. “The London & South East Division has a lot of teams who play like us, like Walsham, who like to play with the ball. As a coaching staff you have to control that a little.”