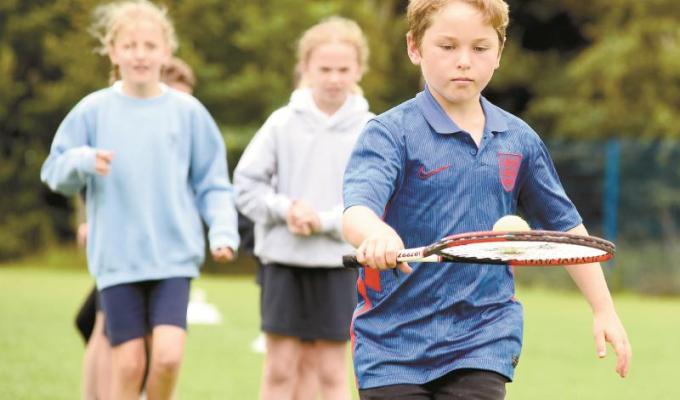 A week full of sports, music and dance has been gearing children up for the end of term at a Maidenhead primary school.

A week full of sports, music and dance has been gearing children up for the end of term at a Maidenhead primary school.

Oldfield Primary School, in Bray Road, has been celebrating sport and physical activities all this week, with youngsters taking part in a range of challenges.

Pupils also fed animals, found out how goats cheese was made and took part in a discussion around meat-eating and vegeterianism.

Headteacher at Oldfield, Richard Jarrett, who is retiring later this month after 20 years at the school, said that he and staff wanted a ‘massive celebration’ as the school year nears its end.

The school was helped to put on the activities through its links with groups in and around Maidenhead, including Magpies in the Community, Dan the Skipping Man and Norden Farm.

Below: The Great Gappo teaches Oldfield pupils how to juggle 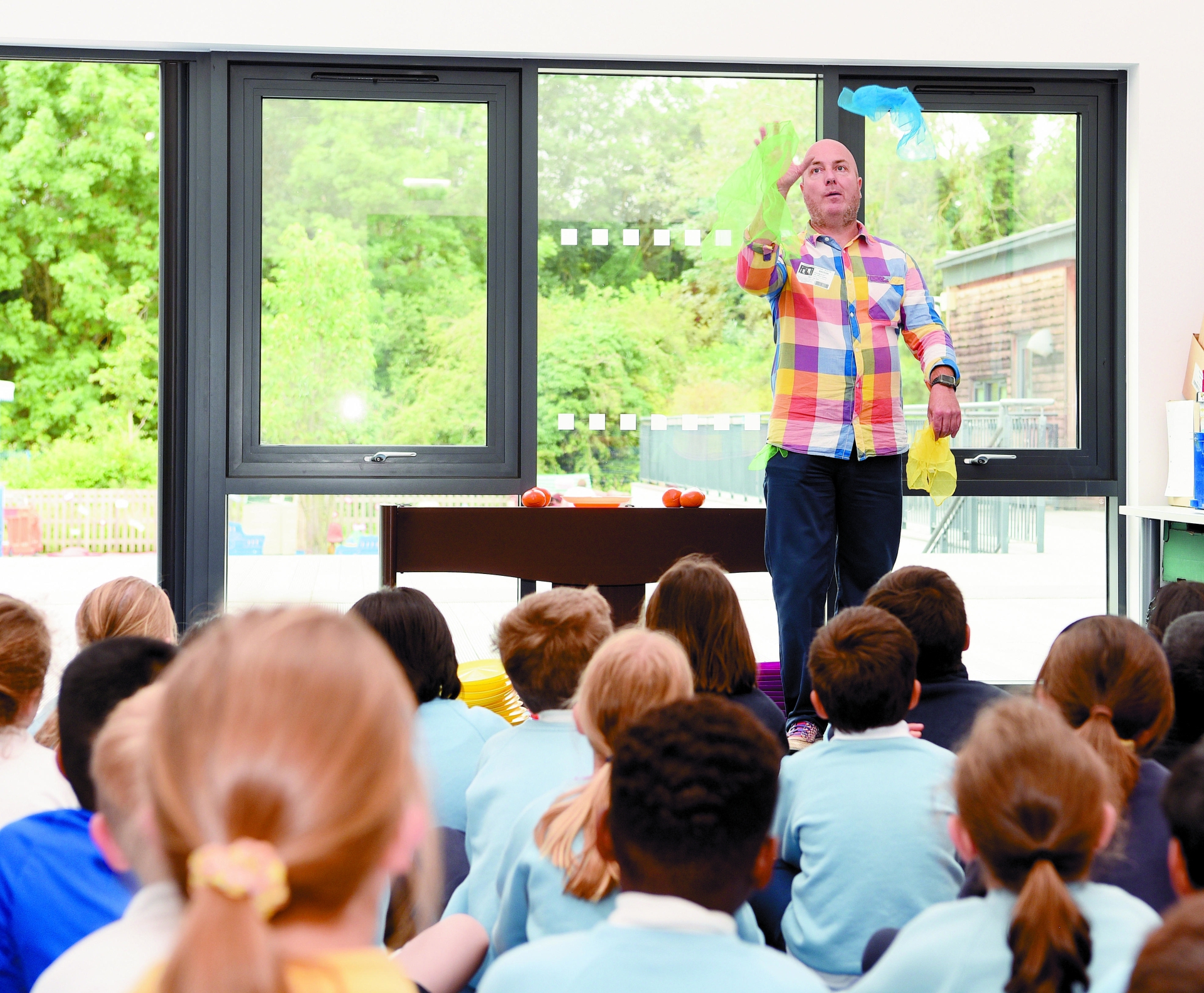 Mr Jarrett said: “After the year we have had, we thought we should put on a big celebratory event in the penultimate week of term.”

The headteacher added that the school was hoping to work with mixed year groups in house teams but due to restrictions, it had to hold the events in COVID-secure bubbles.

“We had a whole week of sports, challenges, music, and dance with different activities on around the school throughout the week,” Mr Jarrett said.

“The idea behind this massive celebration is to get the whole school outside competing, working together, having fun, and challenging themselves mentally and physically.”