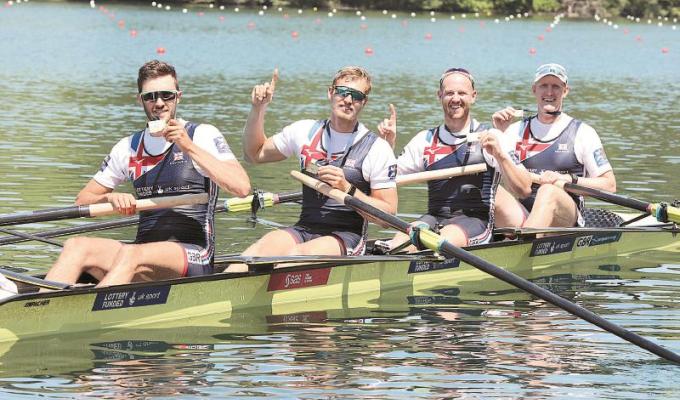 Marlow's Rory Gibbs and Windsor's Oliver Cook were part of the Great Britain men's four team to win European gold on Sunday, putting clear water between themselves and their closest challengers.

Despite having only trained together for little over a week, Cook, Matt Rossiter, Gibbs and Sholto Carengie won GB's first European gold medal since 2017 in some style.

The crew were the fastest qualifiers and raced ahead from the 1,000m mark.

Speaking after the race, Gibbs said: “We’re so pleased with how we went today - we did exactly what we set out to do, didn’t worry about anyone else and just tried to do our fastest race from A to B.”

The men and women's eights also claimed superb silver medals in the final two races of the regatta in Lucerne, Switzerland. The women's eight, which included Windsor's Matilda Horn as Cox, finished just six hundredths of a second behind Romania to take the silver.

Maidenhead's Peter Lambert returned from 18 months out through injury to stroke the men's quad to a bronze medal.

Speaking afterwards, Lambert said: “I’m really happy. You always have to blow a few cobwebs off at the first international regatta of the season - we’ll be able to build on this through the season going forward to the World Championships.”