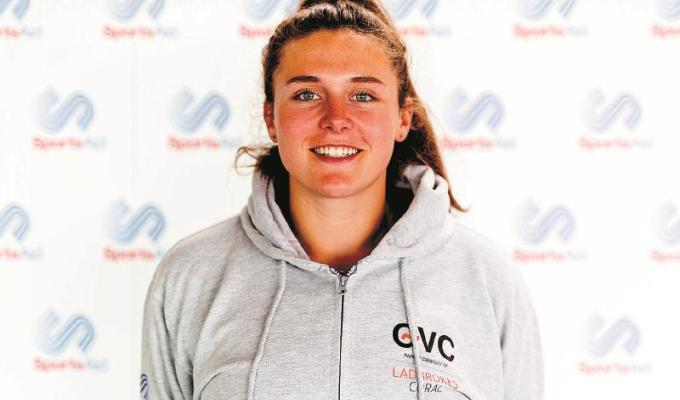 The balancing act between rowing and studying isn’t always easy but Maidenhead’s Izzie Bird wouldn’t have it any other way.

Studying A-Levels alongside a pursuit of elite sport has tested the 18-year-old at times but with the Olympic ambitions in her mind, the rower is keen not to rush too far ahead of her plans.

Instead the talented teenager is taking each stroke as it comes, with a chance of representing her country far from out of the water should her promising form continue.

“I think my studies actually help rowing – people don’t normally say that but because it pressures you for time, it means you use your time more wisely, which I prefer,” said Bird, of Henley Rowing Club.

“I was really tall and big, and people were telling me to give rowing a go. I did, and I actually really enjoyed it.

“Rowing is quite a late sport – most people don’t go to the Olympics until they’re at least 26, so I’m still progressing. But I got to the final of the Henley Royal Final – the biggest regatta in rowing – which was pretty impressive for me and the team.

“This summer, I’m hoping to represent the Great Britain team again internationally – that would be great.

Bird was speaking at a SportsAid workshop being hosted in partnership with GVC – the multi-national sports betting and gaming group – at the Lee Valley VeloPark in London.

GVC are supporting 50 athletes across 33 sports, with each one receiving a financial award and personal development opportunities through SportsAid, including support around nutrition, mentoring and media training.

Olympian Leon Taylor and Paralympian Millie Knight, who are both SportsAid alumni, were also on hand at the workshop to share their experiences of elite level sport.

And Taylor, who delivered a mentoring session, said: “I’ve been involved with SportsAid for many years as an ambassador and it started when I received a SportsAid award as a young athlete.

“I really know how much of a difference getting that recognition can make. I’m supporting the cause now as a retired athlete because I know what the journey is like.”

GVC is proud to be championing the next generation of British sporting heroes by providing talented young athletes with financial support and personal development opportunities in partnership with SportsAid. Visit gvc-plc.com to find out more.