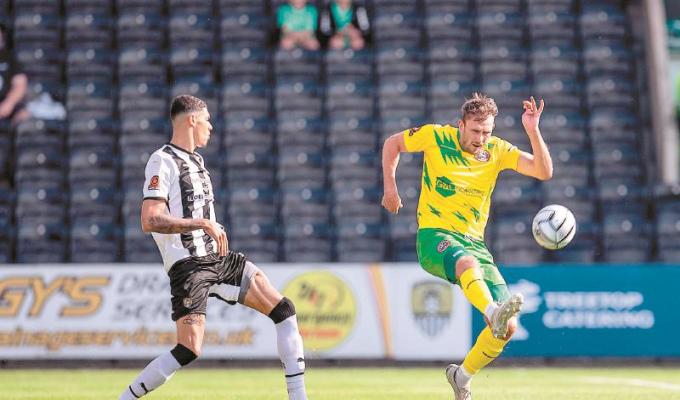 Alan Devonshire has acknowledged Maidenhead United’s supporters’ frustrations with the club’s recent results in the National League, but the Magpies’ boss insists nobody is feeling as disgruntled as him.

Alan Devonshire has acknowledged Maidenhead United’s supporters’ frustrations with the club’s recent results in the National League, but the Magpies’ boss insists nobody is feeling as disgruntled as him.

Saturday’s defeat to Notts County was United’s fourth in a row leaving them in 16th place in the table with six points. They face third-placed Grimsby Town at York Road this weekend, a side with the contrasting form of four consecutive wins.

Speaking to the Advertiser on Tuesday, boss Devonshire believes injury has impeded the Magpies’ start to the season and admitted he hasn’t been able to play his best XI just yet due to this.

“I know the fans have been [frustrated] but I doubt they are as frustrated as I am at the moment,” he said.

“We’ve been carrying a few injuries and I haven’t been able to field the strongest side I’ve wanted to field. Up top we’ve been okay, but it’s elsewhere that is hurting us.

“As a result, we’ve lost four on the bounce, but I think we’ve been competitive in most of the games – it’s not like we’ve been getting battered.

“The boys have also played four top teams and we’ve got another one coming to us on Saturday which is Grimsby.

“We will give it everything we’ve got but a couple more players could be missing for this game along with George Wells, Dan Sparkes, James Holden, and Remy Clerima.

“There are a few knocks in the squad, but I don’t want to give out their names because it will just alert the other team.”

On potentially bringing in new players to accommodate for injuries, Devonshire said: “I don’t know.

“At the end of the day, there’s lots of money going round in the National League and we’ve only got a small budget.

“We’ve just had to go week by week and hope we can get a few back by our next match.”