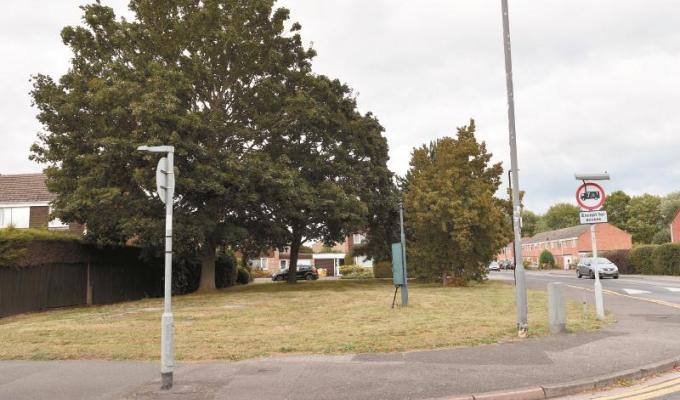 The application is for a 15m phone mast on a small plot of land – an open grass verge by a public footpath on Ruddlesway, Windsor, opposite Windsor Gospel Hall.

Windsor residents have raised concerns over a planning application which was automatically approved because it passed the statutory time-limit for decisions.

The application is for a 15m phone mast on a small plot of land – an open grass verge by a public footpath on Ruddlesway, Windsor, opposite Windsor Gospel Hall.

More than 30 objections were logged, principally claiming the mast would be out of place.

It is 3m shorter than a design previously refused planning approval. Officers wrote that it would be ‘unduly prominent and obtrusive in the street scene … and be detrimental of the open character and appearance of this local green space.’

But the current application will go ahead due to an error on the Borough’s part.

Any local planning authority (LPA) has 56 days to issue a decision on an application. If none has been made before this point, the applicant can carry out works under ‘deemed consent’.

In this instance, the Borough failed to issue a decision within the time limit.

Officers wrote in a report:

“The LPA are now unable to withhold consent for the works under concerns and objections raised within this report.

“(But) in the interests of transparent decision making, it is in the public interest to consider the application and determine, had the LPA been able to issue a decision within the timeframe, what conclusion would have been reached.”

The report acknowledges these, and that the council’s own tree officer and highways team both raised concerns about the height of the pole. However, the officer(s) wrote:

“In this application before us, there is no evidence that a more suitable alternative could be considered without disrupting the capacity of the network.”

Speaking to the Express, Richard Endacott, chair of WWRA, said he feels that the number of objections shows the public interest in officers making a decision on this particular application.

He said the proposed development ‘rides roughshod’ over the Windsor Neighbourhood Plan, agreed earlier this year, which protected this space and others like it.

“This is only a small plot, but it sets a bad precedent,” he said. “There are 60 such plots in Windsor, and my concern is that the other 59 could be under threat by developers.

“Altogether, these asset sales could be a cash cow for the Borough to fill a financial black hole,” he added.

“(The council) should launch an investigation to determine if this has happened through negligence, incompetence, or if there’s a more cynical reason.”

A council spokesperson said: “Unfortunately, the council did not issue a decision by the deadline because of an error and is taking steps to ensure this doesn’t happen again.

“In the interests of transparency, the application was still considered and, while taking note of the public comments, we did not consider there would have been planning grounds to refuse the prior approval for the siting and appearance of the proposed development.”