Green light for 16 new homes in The Grove, Slough 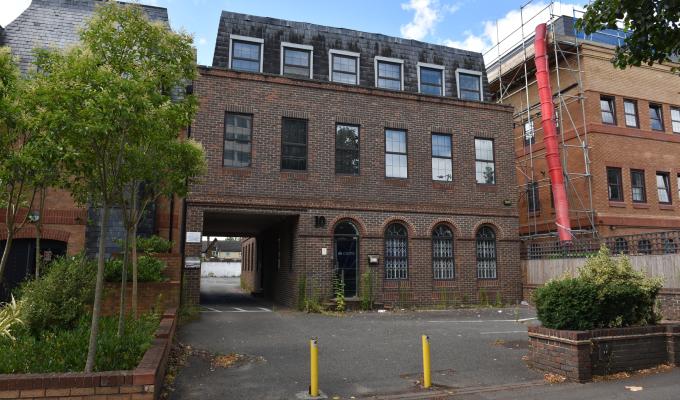 The Grove in Slough, which is set to be redeveloped from offices into housing

Plans from two developers to redevelop an office building in Slough and refurbish it into new homes has been given the green light by councillors.

Members of Slough Borough Council's planning committee debated plans submitted by the two developers - in conjunction with one another - for new homes in The Grove.

Plans involved constructing an upward extension and changing the use of the existing office building there, to create 11 flats and five ‘mews’ style homes to the rear.

Planning officers advised councillors to delegate the plans to the planning manager for approval, which they did, voting unanimously.

However, concerns were raised by some members over future parking for residents, with only three spaces proposed for the site, with one of these an electric vehicle charging point.

Planning officers advised that the location was ‘sustainable’ - and due to it being in the town centre, developers do not need to provide as much parking provision.

Councillors also expressed disappointment in the level of affordable housing being proposed.

SBC says that any development which contains 15 dwellings or more must meet its affordable housing quota, with this application proposing a total of 16 new homes.

Cllr Roger Davis (Lab, Cippenham Green) was unhappy with the level of social and affordable housing earmarked within the development, claiming the developers were looking for ways around providing this for Slough residents.

But planning officers advised that because eight of the homes had already been given prior approval for residential development, this did not apply.

Also discussed at the meeting were plans to build 11 flats - with visitor parking and amenity space - in Albert Street, Slough.

Officers had recommended in their report that councillors should delegate this application to the planning manager. This recommendation was agreed by members sitting on the planning panel.

Surface car parking would offer 11 spaces for drivers, each to be provided with electric charging facilities.

There would also be cycle parking facilities, bin and recycling storage facilities, while the vehicular access route to the site - from Upton Park - would be continued.

Earlier in the meeting, plans were heard from German supermarket giant Lidl, which wanted to occupy existing floor space at Slough Retail Park.

Read about how this application got on by clicking here.

Also at the committee, councillors discussed plans to build two blocks of flats in Lansdowne Avenue, and demolish garages in Alexandra Road to make way for three apartments.

Read more on that here.