Councillors back plans for two new blocks of flats in Slough 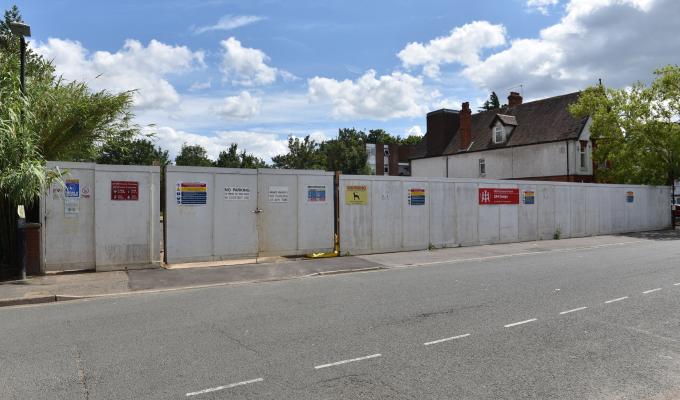 Lansdowne Avenue in Slough, where two new blocks of flats are proposed

Proposals to build two blocks of flats in Lansdowne Avenue, Slough, were backed by councillors at a planning meeting this week.

Planning officers recommended these plans be delegated to the planning manager for approval, and this was backed by six councillors, with one voting against, at a Slough Borough Council (SBC) planning meeting on Wednesday.

The plans can only be granted, however, if strict conditions are met, including the applicant providing some affordable housing.

Within the plans, a total of six affordable units are proposed, along with 21 car parking spaces.

An additional condition was added to the recommendation by councillors concerning the landscaping used on the building.

Earlier in the meeting, councillors debated controversial plans to demolish some existing garages in Slough and build apartments.

Developers wanted to build one two-bedroom and two one-bedroom flats to the rear of number 1, Alexandra Road.

Planning officers advised that these plans be delegated to the planning manager for their approval, but the vote was a tight one, with meeting chairman Cllr Zaffar Ajaib (Lab, Langley St Mary's) having the deciding vote, prompting to go with the recommendation and turning the vote 5-4 in favour.

Councillors raised concerns over the state of the access road to the garages - which is not adopted highway and is a private road - while there were also question marks over waste management plans.

Planning officers said that one of the conditions includes the developer figuring out how to manage bin waste from the prospective new tenants of the flats, with it yet to be decided whether they will be able to use a smaller refuse vehicle to get down the road, or whether the residents will have to walk to the nearest adopted highway to display their bins.

On road surface issues, officers added that the applicant had 'offered to resurface' Alexandra Road.

Cllr Haqeeq Dar (Ind, Wexham Lea) argued with his officer colleagues over proposed parking for residents, with three spaces proposed (one for each flat) - despite the officer report stating that five would be needed to meet the 'Slough Parking Standards'.

"Why are we agreeing with three when there is five needed?" Cllr Dar said. "This needs five, we should go with five, nothing less."

Officers countered by saying that when this application went to planning inspectorate appeal when it was previously rejected, the inspector did not feel that the number of parking spaces would be a reason to reject the plans.

They added that the area is 'tight' with parking and claimed that councillors had discussed this issue before when the application was previously considered, when the parking was 'considered sufficient'.

Also discussed at the meeting were plans for German supermarket chain Lidl to occupy space in Slough Retail Park, while councillors also debated plans for 16 new homes in The Grove, Slough - but concerns were raised over affordable housing and resident parking.