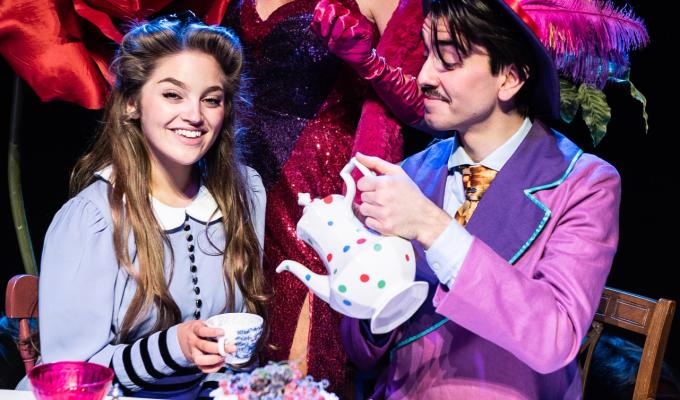 It feels like I plummeted down a rabbit hole into a wonder-what’s-going-on-land over the past 15 months but without the fun that this original musical adaptation of Alice in Wonderland offered.

This was a much-welcomed, albeit socially distanced, return to the theatre and what a welcome it was.

Stage School Musical’s team greeted us with crazy characters, catchy choruses, and creative choreography awash with a colour pallet so vibrant it felt like I was watching it in technicolour!

Tim Cumper, Mark Hooper and Dean Penn’s script and songs gave Director Rosie Hill and crew more than enough material to keep the exuberance and pace going throughout , with, in places’ a Tim Burtonesque, feel to proceedings.

Her cast excelled, fooling this reviewer with some of the multi-roles they took on.

This was a production over a year in the waiting but unlike the White Rabbit, this arrived at just the right time to raise the spirits and lift the arts.