Celebrating the purple reign of Prince at Norden Farm 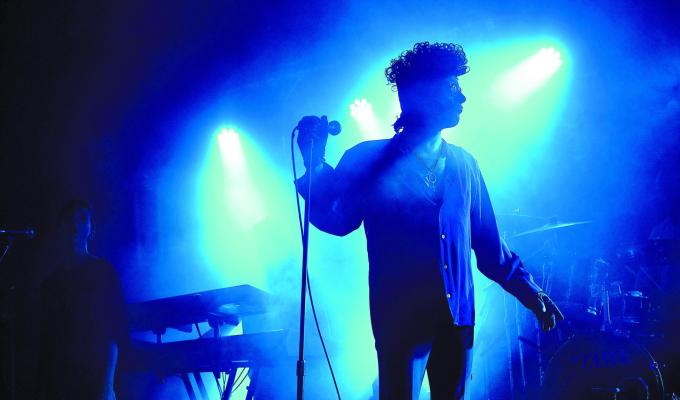 Dig if you will the picture… a kid who couldn’t hack the recorder getting together an amazing band in tribute to one of the greatest musicians (not to mention multi-instrumentalists) of all time.

“I’m not to be honest, someone from a musical background. I was one of those kids who gave up recorder and piano. It was when I saw the opening seven or eight minutes of Purple Rain, that made me pick up a guitar.

“Let’s Go Crazy is probably my favourite song of all time. Reached me in a way that nothing had

“I got into him wholly and I bought Purple Rain.”

That led to Paddy buying more Prince releases from a little record shop in his home town of Huddersfield.

As Prince fans we then chat about The Black Album, but that's a bit nerdy to go in to here. As a Prince fan from the age of 13, take it from me when I say that Paddy knows his stuff.

Although the band has really taken off, putting it together was labour of love.

“I work in technology, the band is my leisure time. There's nine of us so that's a lot of expenses to cover.

“From a musician’s point of view, I have a wide variety of musicians from jazz, blues, metal, funk... Prince is what we have in common and it’s the only way we can play a style that’s consistently musically innovative. Plus there's the oddity of the music and that’s just magical, it brings us together.”

Paddy had played in rock cover bands in the early Noughties and got to know a wide circle of musicians, but most of those he was surrounded with didn’t play Prince.

“It got to 2004, I was more proficient and thought this is my favourite music, we got a horn section, more backing singers, bigger sounds, orchestration.

“We had our first gig in 2005 and it went from there and we got steady away gigs.”

Paddy was devastated in April 2016, at the shock of Prince’s death at the age of 57 but didn’t want to feel like he was cashing in.

“When he died there was huge amounts of interest. As someone who’s very attached to his music, I didn't want to do what someone thought was an opportunity for the week.”

However he chatted to a colleague from another tribute band, The Clone Roses, who also ran a music agency.

“He came from the point of view saying I know you must feel crap but the other side is that so much passion and that music – people deserve to hear it.

“It’s been fantastic since, we’ve played at 02 which we’d never thought we’d do – plus some theatre stuff and bigger festivals.

“It’s about quality, about reproducing how he played, medleys, wanting people who knew him in depth to love it.

“We’ve been able to do that, for the hardcore fans. How he presented it live, you can’t go wrong.”

So what can the Maidenhead audience expect.

“We play all the singles but we tend to do other arrangements. “You can’t half heartedly.

“As Brian May from Queen said hit them with a blast, then cool it.

“Due to the nature, with Prince, other than the ballads, it's huge energy.

“And I love playing When Doves Cry, I think it’s the greatest song he ever wrote, 1999 is always fun, the Purple Rain tour arrangement.”

Nerds, superfans and music lovers – it's a fully endorsed EndorphinMachine.